Three cities in five days, three events hosted in Sydney, Melbourne and Brisbane. Over two hundred client interactions in one week for the annual MICE roadshow of which I was one in Sydney

TFE Hotels announced a significant new incentive for Australia’s meeting, incentive, conference and event organisers at the first leg of their Annual Meetings and Events Roadshow for 2017.

Speaking at the Sydney event, CEO Rachael Argaman said that the hotel group would offer event bookers a chance to win a share of an incredible one million frequent flyer points when they book a meeting or event at any TFE hotel across Australia or New Zealand. This fantastic offer is valid for all new business booked and confirmed between 13 September and 31 December 2017 and held at any of TFE Hotels’ venues from 1 January to 30 June 2018. 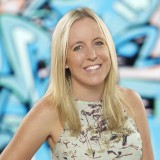